A pugnacious 'little magazine' of literature and art that was the voice piece for Wyndham Lewis' movement called Vorticism (1912-15) which was heavily influenced by the Italian Futurist movement (1909-1915) and both venerated speed, movement and modernity.

The following quote from Lewis' editorial in this 2nd issue is typical of his writing and here he looks to the period after the end of WW1, "This paper wishes to stand rigidly opposed, from start to finish, to every form that the Poetry of a former condition of life, no longer existing, has foisted upon us. It seeks to oppose to this inapposite poetry, the intensest aroma of a different humanity (that is Romance) the Poetry which is the as yet unexpressed spirit of the present time, and of new conditions and possibilities of life." 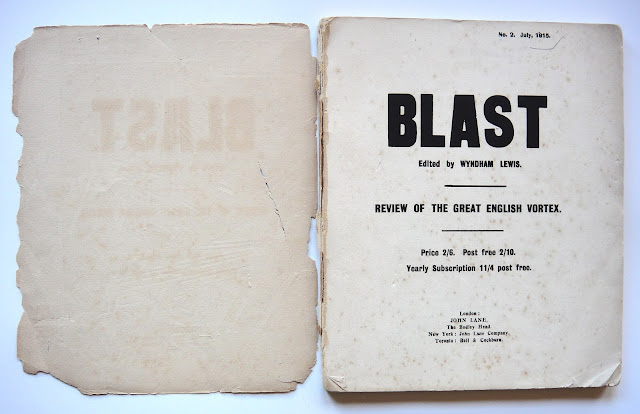 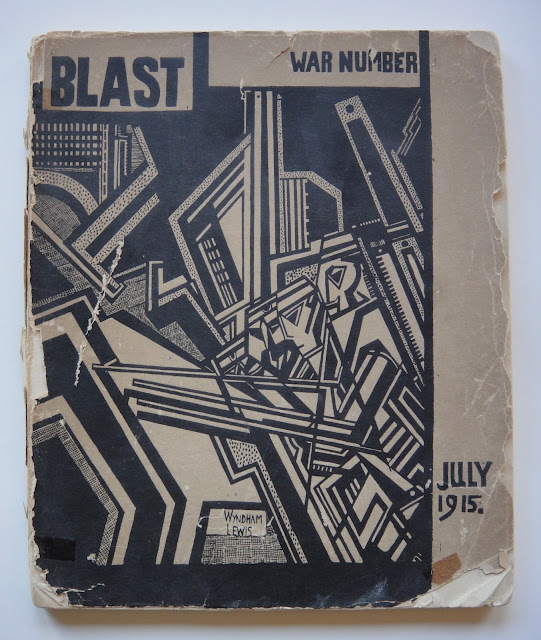 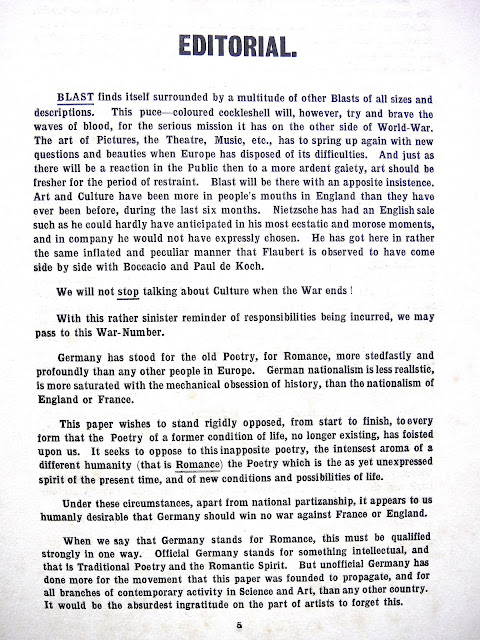 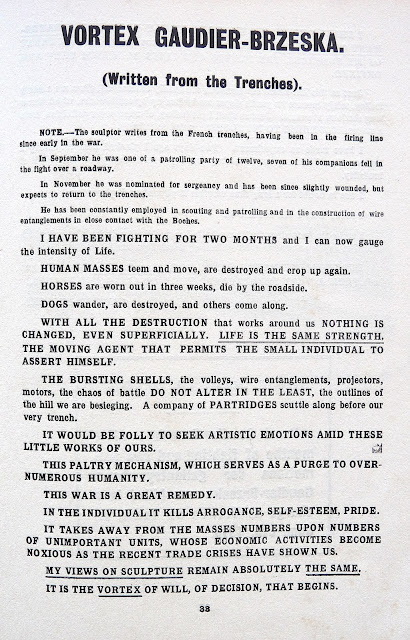 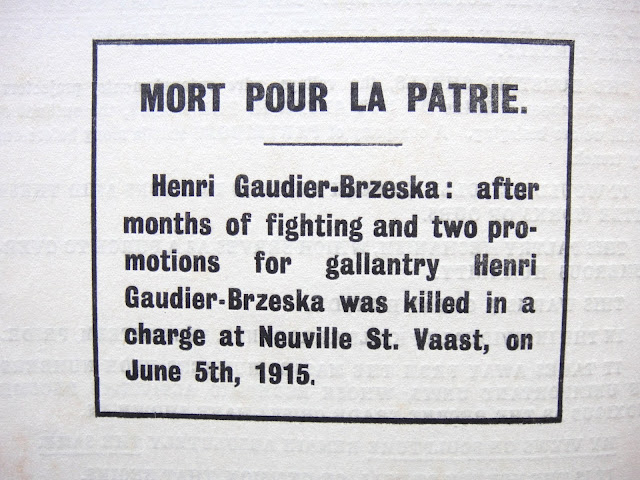 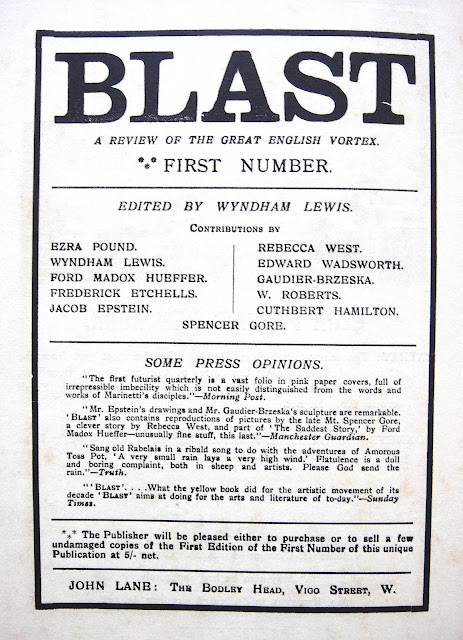 A unique folded sheet/periodical dedicated to typographic experimentation, and concrete and visual poetry. Hansjörg Mayer was born in Stuttgart and was an experimental poet, as well as the son of a master typographer and the grandson of a master printer. In this environment he became fascinated with the whole process of typesetting and printing.

In 1964 he sets up his own independent press, edition Hansjörg Mayer, and one of the projects he publishes is FUTURA. Issued in the same number of letters as the alphabet and using only the Futura typeface, he presents one artist per issue and their experimental typographic works. The final issue by robert filliou (#26) takes a conceptual turn inviting the reader to transform the sheet into a hat. 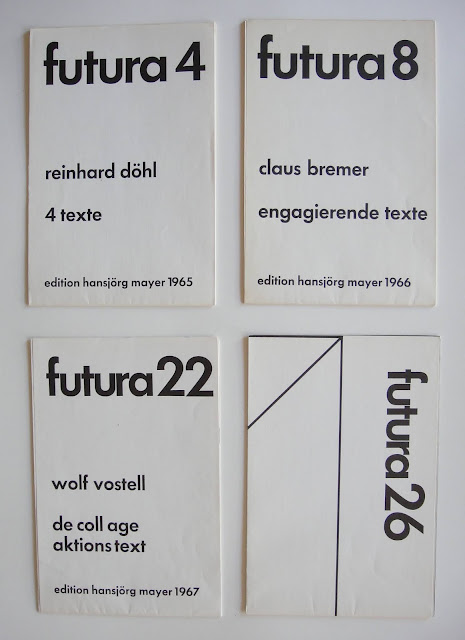 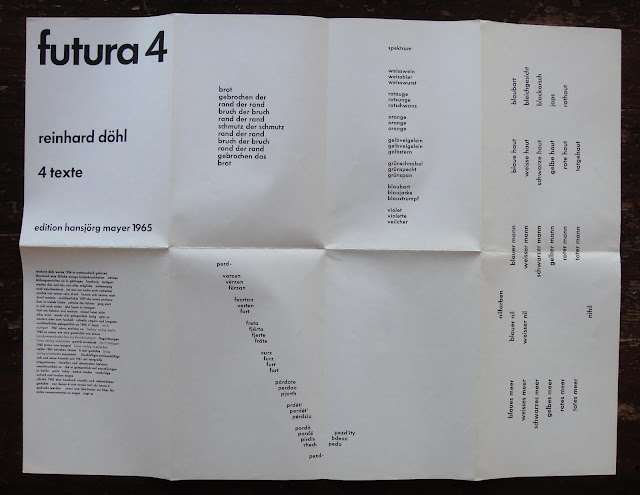 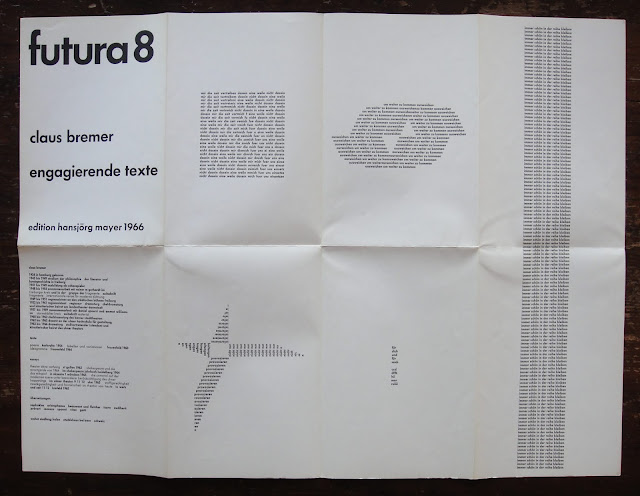 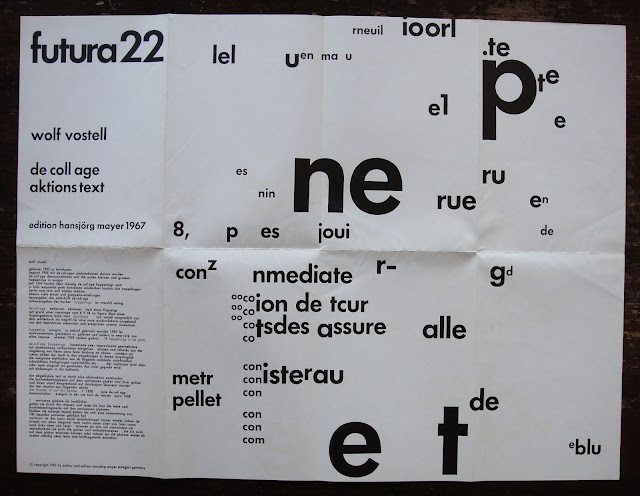 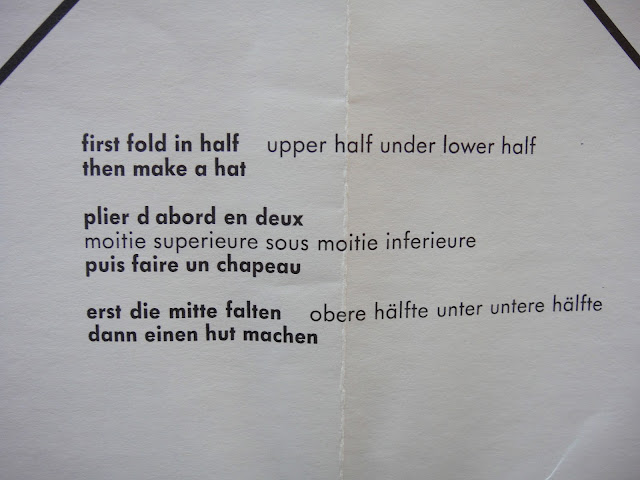 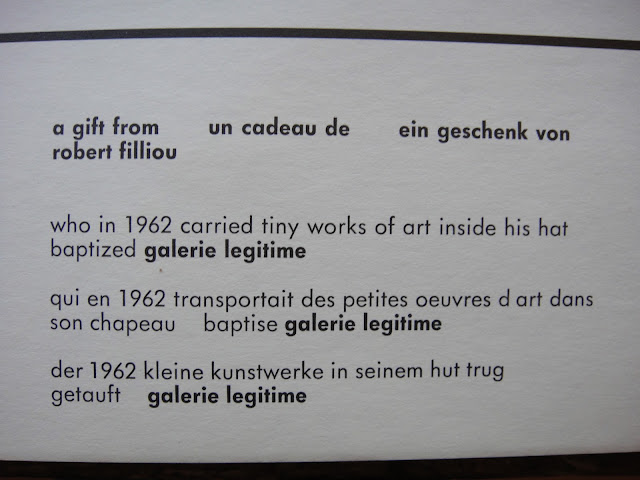 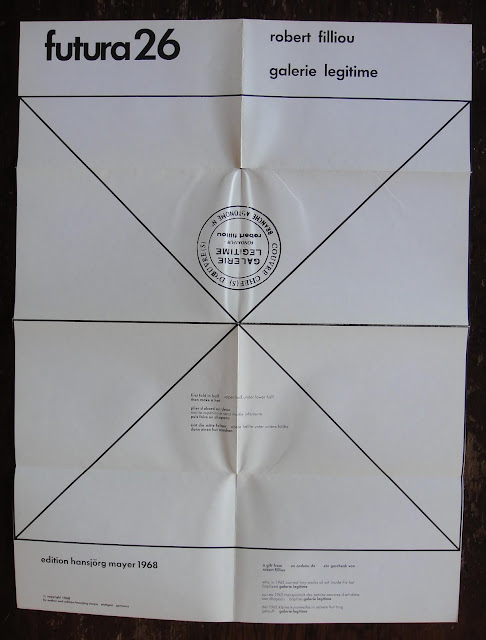 An exceptionally long-running periodical by this London based artist and its still going! The editorial below is from the latest issue and it succinctly describes Willat's research and conceptually-based art practice.

"Control represents models of self-organization and contextualization in art practice that are functioning within the contemporary social and cultural landscape. These models by their very existence, operation, and function, act as a critical counter consciousness to the reductive determinism that dominates the institutional and institutionalized art world of today. In the main, instead of object based monumental emulative icons for denoting immortality and power, these art practices are transient and informal, existing between people rooted in a particular context, often built around the cybernetic principles of dynamic feedback and exchange.

In the extreme uniformity in the cultural and social setting that the artist is confronted with today, new attitudes, new languages and forms in art practice have never been more appropriate and needed in transforming the function of art within society. The dominance of the possessive object has been a restrictive and inhibitory factor in holding back the development of innovative languages in art practice. The artwork has become ever more descriptive of the status quo, instead of freeing the artist to the possibilities of creating new visions of reality; transforming the world as it is, into the world as it could be.

The group of artists that are contributing to this current issue of Control have all in their very different circumstances, addressed the issues of contextualization, meaning and function in creating artwork that acts between people: that in its processes celebrates their community and society.

These are modern art practices that have a different language from the historical monumental object, and indicate the possibilities of a transformative future. They are seen as a signpost to how the world can be different, and importantly have not just been postulated in some theoretical discussion but have actually happened, been demonstrated, and are recorded here in this new issue of Control." 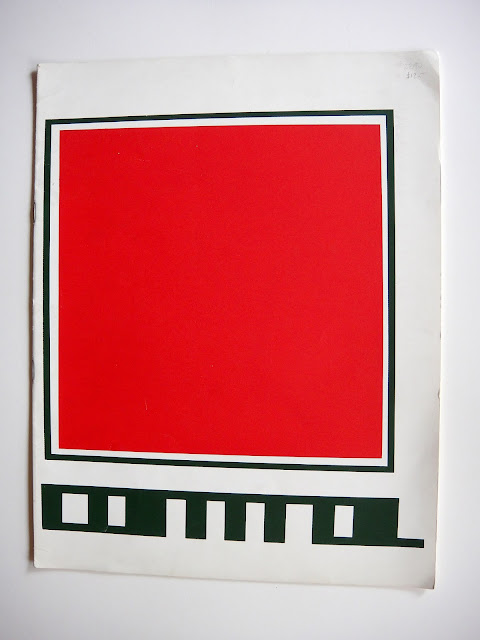 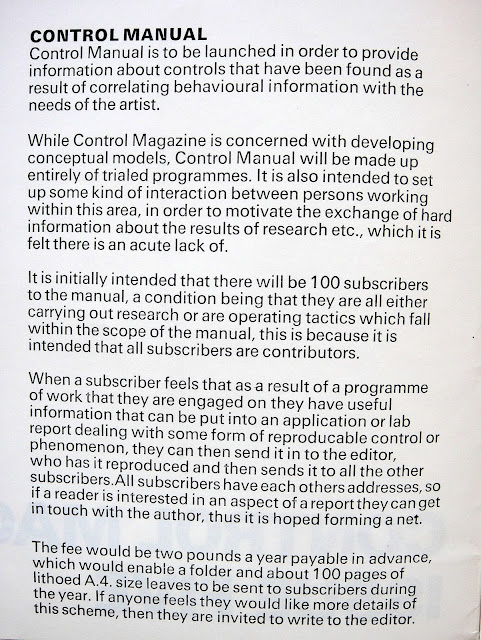 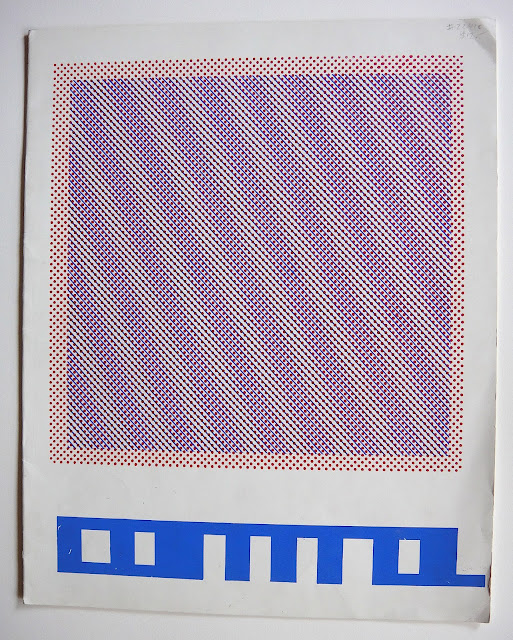 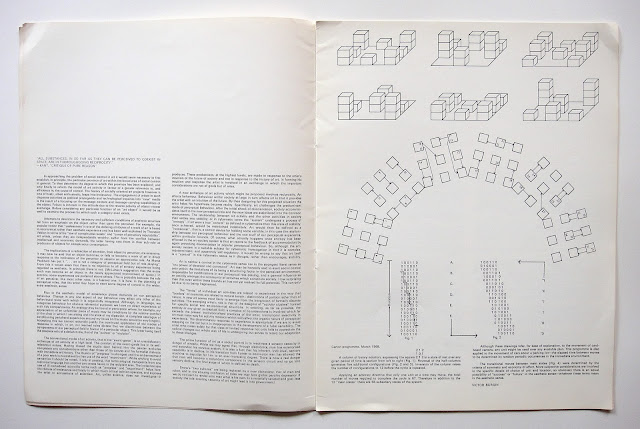 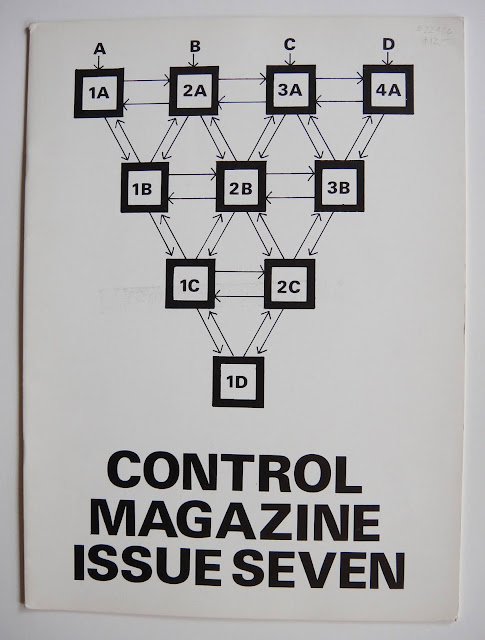 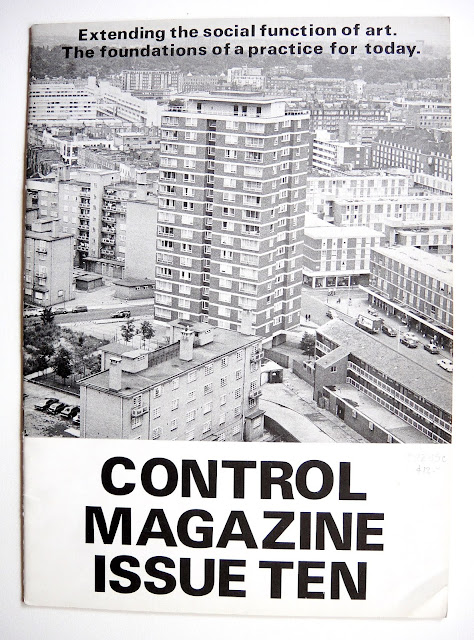 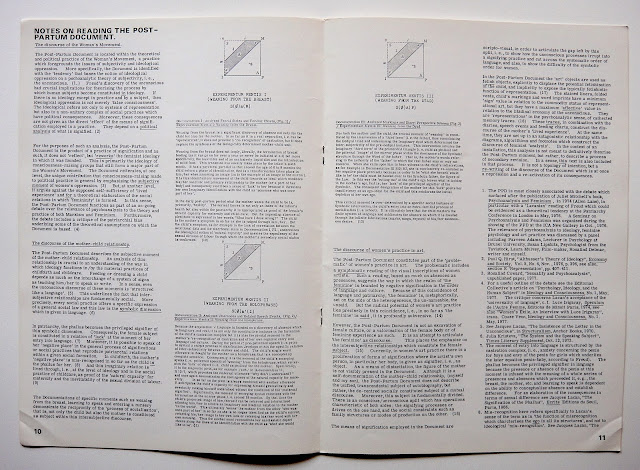 Active in the alternative publishing scene in England, Gibbs moved to the Netherlands in 1974. The first couple of issues of Kontexts were published in the UK, and then continued from his new home.

Gibbs' final editorial in #10 surveys the different areas that the periodical explored:
"There has been a spreading out of the type of work that kontexts published: initially devoted to 'concrete' poetry (hence the title, from the german 'konkrete'), it very soon became involved with visual poetry, and more recently, as particularly exemplified in this issue, the development of a more conceptual, rather than purely visual (or 'retinal') approach to language experimentation, together with related processes in the fields of photography, video, performance and musics." 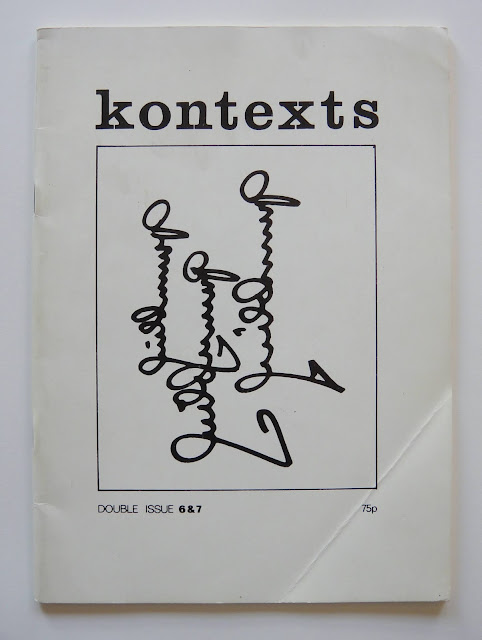 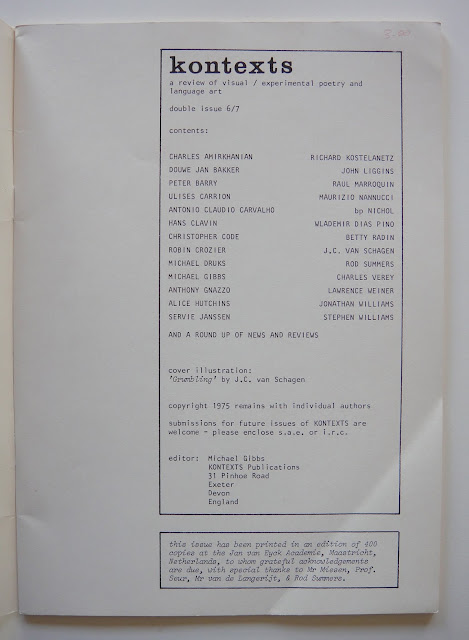 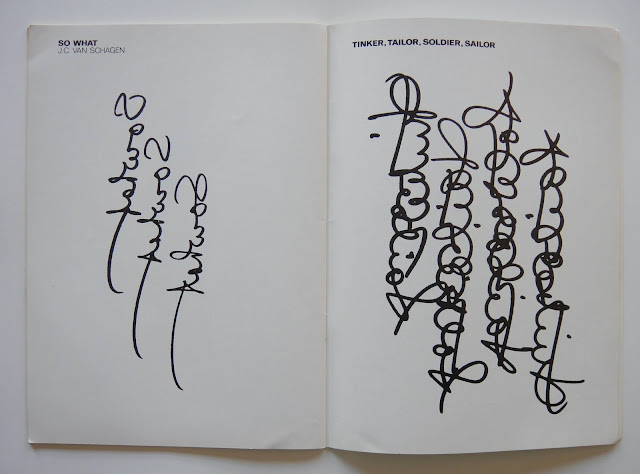 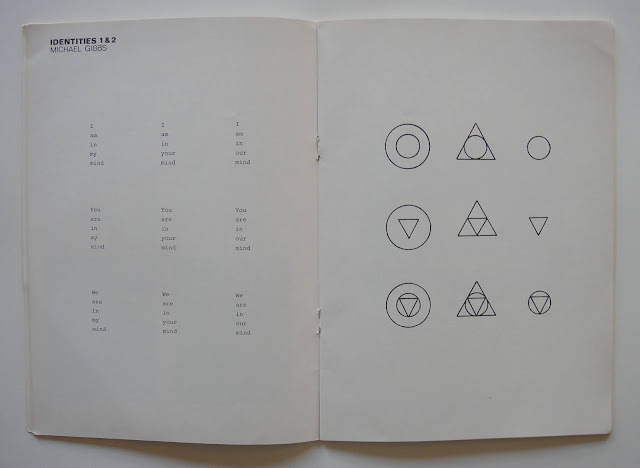 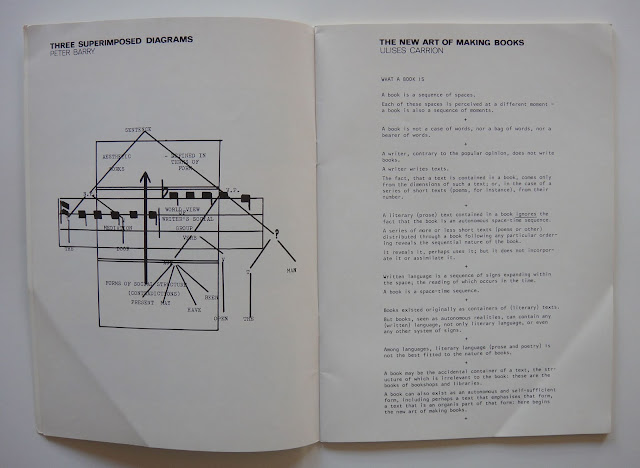 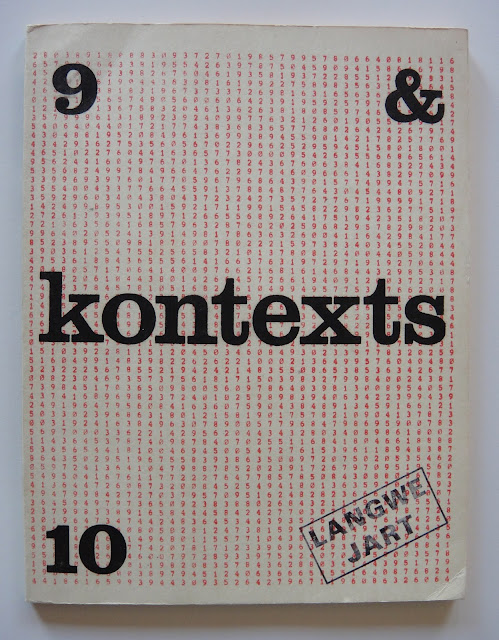 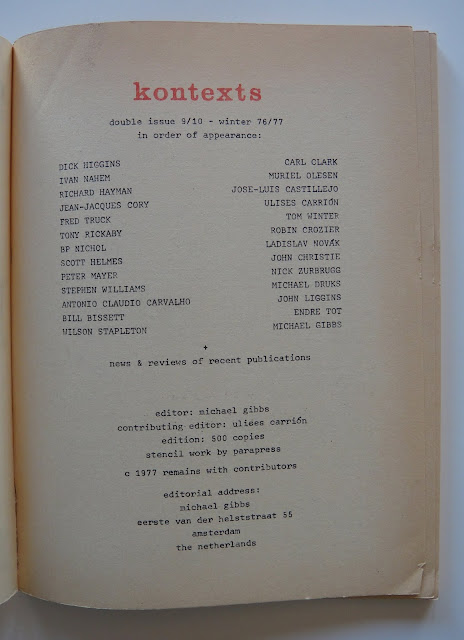 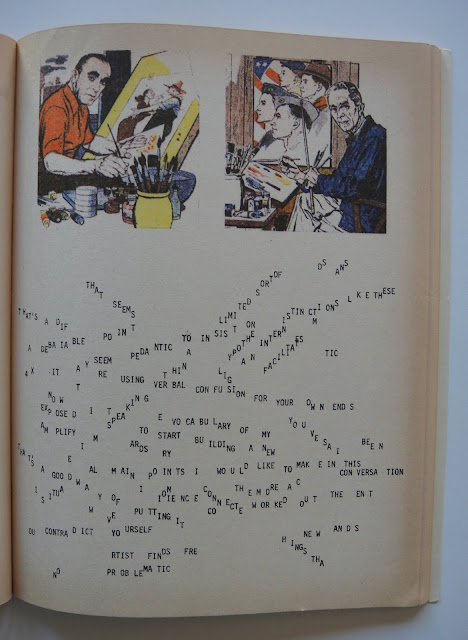 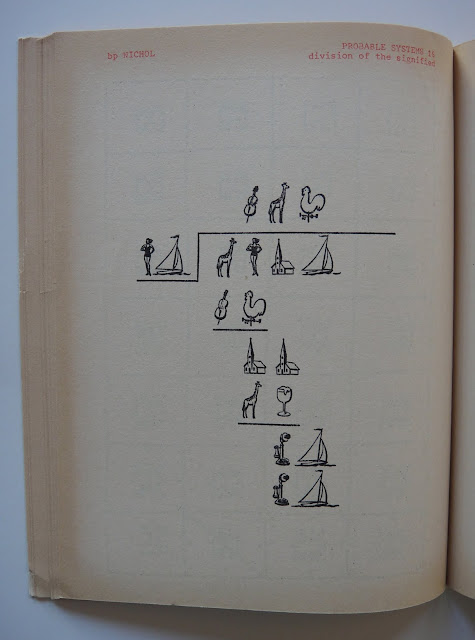 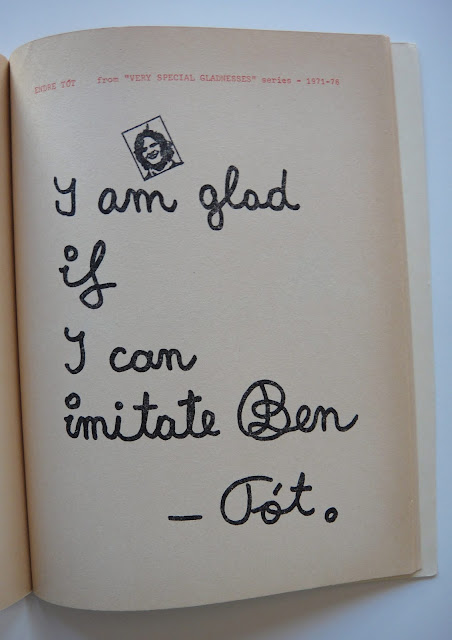